We have been surprised at the intensity of opinions regarding Facebook's Sheryl Sandberg's perspective in her new book "Lean In".

We are huge fans of PBS' MakersWomen series on YouTube whose mission originated from a clear premise that over the last half century, the work of millions of women has altered virtually every aspect of American culture.  Makers features groundbreaking women who have sparked change, been first i in their fields and paved the way for those that followed.

We at Curva-Lish wanted to not only include a short video highlight of Sheryl Sandberg's "Lean In: Women, Work and the Will to Lead" message but also include a summary transcript of her full interview.

JUDY WOODRUFF: Some consider the book a kind of feminist manifesto, but her writings and interviews have spawned a flurry of news headlines across the media world, a major criticism, that Sandberg, a multimillionaire, Harvard graduate, protégé of former Treasury Secretary Larry Summers, and one-time executive at Google, is too much a part of the elite to provide advice that's useful for many working women.

JUDY WOODRUFF: On ABC's "Nightline," Sandberg said even she realized that she needed to be more aggressive on her own behalf when she was first offered the Facebook job.

SHERYL SANDBERG: It was my brother-in-law who said to me, what, are you kidding? No one takes the first offer. Go negotiate. And I said, well, if I negotiate, maybe he won't like me. Maybe I won't get the job. It won't work out. 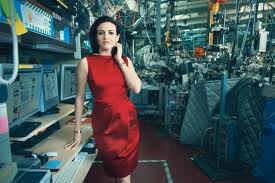 And he said to me, why are you going to take this job and make less than any man would take? And that was motivating.

JUDY WOODRUFF: Sandberg insists she is not letting employers off the hook. But her emphasis is on motivating women to help themselves by thinking and acting differently.

We dive deeper now into the reaction with perspectives from three women who have written on this. Katha Pollitt is a well-known writer, essayist, poet, and critic who writes a column in The Nation. Danielle Belton is the creator and editor of a blog on pop culture and politics called The Black Snob. And Jody Greenstone Miller is a businesswoman who has served in senior roles in both the private sector and government. She is the founder and CEO of Business Talent Group, a consulting firm.

Katha Pollitt, you had a mostly positive reaction to what Sandberg has written. What does she bring to this long-simmering discussion?

I think that's so important. I think a lot of the writing and conversation about women and work, it's a real downer. It's, oh, you will have a baby and then you won't be able to come back. And, oh, God, you're going to feel guilty all the time. It's really terrible. Your husband isn't going to help you. You probably won't get that job anyway.

And, you know, she brings to it sort of like, well, why don't you do what you can to make sure that that terrible fate doesn't befall you? Make sure you and your husband are on the same page about equality in the home. Don't marry a man who isn't equal. Be on the lookout for things like -- that drag down your own confidence like the impostor syndrome. Who doesn't have that? I'm a fraud and soon people are going to find out. 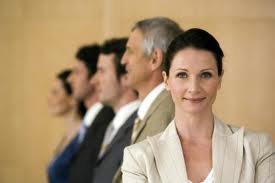 I think it's a very -- it's all framed in a very positive way. I think that's what people like about it.

JUDY WOODRUFF: Danielle Belton, you were saying to us that you think she has useful advice for a certain group of women, but that she doesn't reach a broad -- a broader group of working women.

When she's talking about how there's not enough women leaders in some of these CEO positions, which specific women is she referring to? Often who fills these positions come from the Ivy League system. They come from the elite. They come from the upper echelons of society.
She's not necessarily talking about women who came from my alma mater, Southern Illinois University in Edwardsville. You know, it seemed like she's asking women of the elite to make a choice and to choose the harder path by pursuing these higher-level positions.

The problem is she wrote a book that was for all women, as opposed to narrowing the focus there. And so I feel like that's where a lot of this criticism and confusion is coming from, because a lot of things she says make sense if she is talking about her own peers. It doesn't necessarily make sense if she's talking about all women in general, because the plight of working-class, poor and middle-class women is demonstrably different.

JUDY WOODRUFF: Jody Greenstone Miller, how do you see that?

JODY GREENSTONE MILLER, Business Talent Group: Well, to me, everything Sheryl says makes sense. And I think people should listen to her.

I think if we listen to her, however, we will not solve the problem that she herself so eloquently states, which is how do we get to a world where half of our leaders are women? And I believe if that's our goal, which I think it should be, the problem is women aren't leaning in not because they don't know how to, but because they don't like the world they're being asked to lean into.

And until we really take steps to acknowledge that and address that, I think we're going to be having this conversation 10, 20, 30, 40 years from now.

JUDY WOODRUFF: Katha Pollitt, what about these points that there is a role for the work -- for employers, the folks who are doing the hiring and the promoting, and that there is perhaps a swathe of women who are left out of what Sheryl Sandberg is writing? 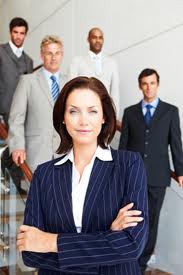 The main responsibility for changing this situation cannot rest on individual women. There are plenty of women who have leaned in very hard and are just invisible to people who do not want to employ women. They may think they do, but each individual woman, somehow, she's not the right woman.

If things keep going this way in America, it is going to be 70 years before we get to parity in Congress.

That's a long time. The second point, I think, is also sort of true. But, you know, I'm not in the running to be a CEO. I'm a writer. I was a freelance writer and an editor at The Nation for most of my life. And I do find some of the things she says quite useful.

I think, for example, if you're a schoolteacher, why is it that the principal is usually a man? A schoolteacher can become a principal.

JUDY WOODRUFF: Let me stop you there and come back to Danielle Belton.

What about this point from Katha Pollitt that, yes, employers do have a role, but there is something useful for all women to take away from this about how they view themselves in the work -- in a work role?

DANIELLE BELTON: Well, the part of the book that I felt that really personally resonated for me was the one about women and confidence, women and being able to clearly state their power, because often women are socialized to really downplay their gifts. They're socialized to be polite. I often call it apologizing for existing.

It's like you have gotten this great job. You do a great job at it. You work very hard and diligently. But then when someone asks you to speak up, you still have this fallback urge to downplay all the work, the hard work that you have done. But you don't say, “May I please have a raise?” You ask and demand for that raise.

And so that portion of the book, I feel, is applicable to lots of women in the career and in the work force.

JODY GREENSTONE MILLER: I think we have to open our minds and imagine that we can have a CEO who is working three days a week and structuring the world around her to accommodate that in a way that it will be good for her and good for the business and good for the men. And that's what I think we should aspire to do.

And, by the way, Sheryl is in a good position to try to do this. So, I would love to see her try to institute some of that at Facebook.