New Year, New You: Five Essentials For Your Health

﻿﻿As we prepare our minds for the new year, many set out to incorporate a newly improved fit lifestyle. This time of year brings a barrage of determined folks who declare that "THIS is THE year"! The year to ditch the extra pounds packed on from late nights in the office, left over from a pregnancy, or maybe even piled on from years of momma's good home cooking. Whatever the reason, declare THIS to be your year!
﻿﻿
We are excited to bring you this feature by Dianna of Empower House Fitness (EHF).  Dianna is passionate about helping clients get comfortable with being uncomfortable.  Through EHF, Dianna has partnered with countless individuals in meeting their health and fitness goals by using techniques normally only known in the bodybuilding community.  She efficiently transforms client's bodies by using meal planning, low impact cardio, and resistance training along with the EHF PPT (TM)-- Portions, Pairing and Timing!
Here are five essentials Dianna shared with us to implement as you set out to become a better version of yourself.
FIVE DAILY ESSENTIALS
1. Be clear on your "Why"!
Why do you want to improve your overall health? Jot down a few reminders in a place that you will regularly see so that when things get tough- and oh they will - you can keep your focus.
For example:
- That red dress in the back of your closet that you used to wear for your anniversary dinner with your husband!
- More energy.... I don't want to be tired in the middle of the day!﻿﻿
﻿
- I want the family legacy of obesity related diseases (diabetes / heart disease) to stop with me!
- I want to feel sexy again!

2. Water, water, W-A-T-E-R!
Your water bottle should be your new best friend -- take it everywhere you go and refill often! Start your day with 8 or more ounces of water, and stay hydrated all day. That morning refreshment "wakes" up your organs & boosts you're metabolism. I recommend at least a gallon a day!

3. Make a weekly meal plan!
Create a weekly menu and shop for ingredients on the weekend. I recommend pre-cooking all of your food on Sunday, so that you can grab and go during the week. Nothing good ever comes when we are hungry and don't feel like cooking!

Eat small meals every 2.5-3 hours, totaling 4-6 meals per day. Forget about the three high calorie meals a day -breakfast, lunch, and dinner. Eating regularly keeps your body fed, therefore eliminating the need to keep the "rainy day" storage aka excess fat stores. When we eat frequently, our body trusts that it will get all the nutrition it needs and can release the excess.

Note: Every meal should contain a lean protein, e.g. egg whites, white meat (chicken / turkey), beef, bison, or low carb/low sugar protein shakes- to feed your lean muscle mass. Additionally, one serving of fruit and carbs a day is sufficient for those wanting to reduce their body fat %. Most of your food consumption should come from lean meat & veggies.

5. Get moving and plan out your workouts!

Whether its walking around the block or lifting weights, figure out the number of days, duration, and time dedicated to moving. As good ole Winston Churchill said, "Failing to plan is planning to fail!"

You can do this! This is the year to incorporate sustainable changes that will last the test of time! Creating a better version of yourself daily doesn't mean making drastic changes overnight, but executing small disciplines that add up to big results!

To contact Dianna about meeting your 2014 fitness goals and information about the EHF plan of transformation, you can email her at dianna@empowerhousefitness.com or follow her on her Facebook page at www.facebook.com/EmpowerHouseFitness! Mention "Curva-Lish" and receive 15% off!

Be inspired to make 2014 your year and as Dianna says: Ready, Set, Go!

About Dianna Moore
Founder of EmpowerHouse Fitness (EHF),  Dianna is a motivational speaker, life & body transition coach, bikini athlete, spinning instructor, author, and a mom.
Posted by Curva-Lish at 9:44 AM
Email ThisBlogThis!Share to TwitterShare to FacebookShare to Pinterest

New Year, New You: Be Brave in Your Career

We wanted to start out our "New Year, New You" series with an area that impacts most women: negotiating your value.  Statistics show that women still lag men overall in pay.  Women are still making only 77 cents to a man's dollar. We wanted to inspire you with a post that summarized the great negotiation tactics and experiences shared by some amazingly brave women in the June, 2013 issues of Marie Claire (No copyright infringement intended).

Their advice, inspiration and bravery can be adopted by anyone, whether you are in sports, an entrepreneur, a fashion designer or a politician...be inspired by their words and choose to make 2014 your year to get paid and/or recognized for your value!

I had to make it clear that my voice was important. - Sarah J Parker


Sarah Jessica Parker:  I was brought in to help run a fashion company for about a year.  I was shocked to experience an old-fashioned attitude about women and business: Women had titles but were treated as figureheads.  So it wasn't one negotiation but an ongoing negotiation to make clear that my voice was just as important, and that if they wanted me to be an active participant, it had to be an open conversation.
I was on the executives constantly and told them we all have to be candid with each other.  I don't feel comfortable with any sidebar conversations.  I sought outside advice from my lawyer and agent on occasion but I can't call Mommy and Daddy all the time. If I take on responsibility, I want to handle it with the authority given to me.
﻿

I didn't want to be seen as the girly sidekick. - Katie Couric﻿ 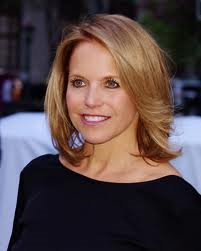 Katie Couric:  When I was offered the job at the Today show in 1991 as the full-time co-anchor, I told the then president that I really didn't want the job it if wasn't going to be a 50/50 division of labor between Bryant Gumbel and me.  I didn't want to be relegated to all the soft stories involving cooking and lifestyle.  I had worked hard to establish myself as a credible journalist.
The conversation followed a turbulent time on the show so perhaps I had more leverage in terms of asking for what I wanted.  At that time, I was less concerned about salary than with responsibility. (Gumbel was paid twice as much as Couric.)  I was new and largely unproven.  Rather than expect parity immediately, I thought, "Let's see how it goes."  As I became more successful, salary increases followed.

It's not about female or male--it's about tennis. - Serena Williams 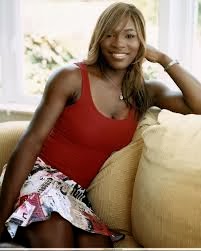 Serena Williams:  In 2002, Serena Williams beat her sister Venus in both the French Open final and Wimbledon...overshadowing the men's final both times.  However, the women's prize money awarded for the French Open was $18,000 less than men and for Wimbledon $56,000 less than men.  The pay discrepancy wasn't lost on Williams.  Along with Venus and a cadre of young female tennis stars, she championed for equal pay in the sport in the press, much like Billie Jean King did in the 1970's.  The women persisted, and finally, in 2007, the French Open and Wimbledon caved, offering men and women the same award.

I had to convince them to take a chance on me. - Tory Burch

Tory Burch:  When I launched my company, I went from factory to factory- Rhode Island, Brazil, China, India-- with books of tear sheets and sketches.  They didn't know who I was. I brought this concept, which was a retail store that felt more residential, and the idea of making beautifully designed, well-made clothing that didn't cost a fortune.  I had to convince them that if they took a shot on us, we would remain with them long term.  And many of the people we started with we're still with today, nine years later. 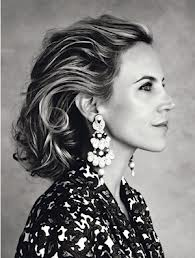 I learned﻿ to negotiate on the job.  I didn't go to business school, and I certainly didn't have any design experience.  I started off with an idea and surrounded myself with incredible people.  In general, as a woman, I had to realize that you can't shy away from asking for what you want.
No matter your industry, career field, level or years of experience, be inspired by these amazing women who boldly made decisions to own their worth and negotiate what they believed was living up to their value.  And what's even more amazing is that once you get in the practice of defining your value, it gets easier to be brave and be bold.
Be brave in your career in 2014...Curva-Lish Team

P.S. Stay tuned for our upcoming and inspirational posts as apart of the "New Year, New You" series that will include taking ownership of your health, wealth, relationships, wardrobe and much more!

Make this your year!

Posted by Curva-Lish at 9:47 AM
Email ThisBlogThis!Share to TwitterShare to FacebookShare to Pinterest
Newer Posts Older Posts Home
Subscribe to: Posts (Atom)