We were absolutely enamored with the responses and wisdom gleamed from the November, 2012 issue of "MORE" magazine.  Specifically, we learned so much from their article on "How Would You Rate Your Life?" which highlights a survey they conducted of 1,200 women who are 60 and older.  The survey asked these women to "share what they've learned about love, work, parenthood and finding their true path."

We have summarized some of their findings for our readers based on the parts of their results that we believe our global audience will find especially humorous, enlightening, knowledgeable and inspiring no matter what phase of life you are in: 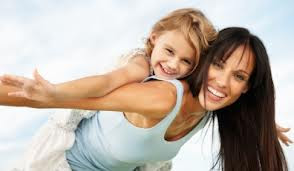 "Having It All" is a crock.
SOAR, BABY, SOAR

But stop trying to have it all NOW.

THAT IS JUST A RECIPE FOR BURNOUT, FOR DIVORCE, FOR DISENCHANTMENT.


You can't have it all- at least not all at the same time respondents told us again and again.  Our survey went up on More.com six months before Annie-Marie Slaughter's controversial and widely publicized Atlantic cover story on the elusiveness of work-life balance hit the stands....But they added, you can-and should- ask for what you need.  Many had been pioneers of flex-time, working from home, off- and on- ramping, etc.  They were angry to see the perpetuation of what one woman called the "huge life" that we can do everything at once, at full throttle, and urged their younger counterparts to explore options that would leave them less stressed and depleted.


81% Said Their Happiest Decade Came After Age 40.
But they stressed that all life stages have their pleasures.

More than half of respondents said they found what they considered to be their true path in life, and more than half of those did so at 40 or later, when they began to trust their instincts and see their potential.  "I finally had the maturity and the wisdom to recognize it," said a women who'd found her path in her forties.  Sometimes the trail was blazed by adversity ("Tragedy brought it to me") and sometimes by serenity ("I had time to listen to myself instead of everyone else").

Behold the bliss continuum, our admittedly broad categorization of what made respondents happiest during each decade of their lives:

"Balance" Begins at Home- So Enough with the Hovering! 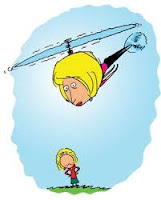 "Although my generation tended to be stay-at-home moms, at least until the children were older, we were quite relaxed about our parenting," said one respondent.  "Kids were not the epicenter of our emotional and intellectual lives.  Overall, I think this is healthier for them.  So I would urge young women to buck today's trend of helicopter parenting and make time for other relationships.  A strong marriage is one of the best gifts you can give your children."

Another advised, "Let the children see how much you enjoy all aspects of your own life both with and without them."

A Nonagenarian Looks Back-and Forward- at Life
Here's what one positively inspiring respondent in her early 90's had to say about life, love, and water-skiing: 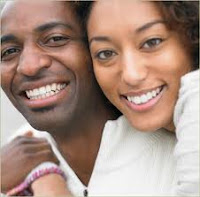 Relationship Grade: A Because I have been married to the same man for 65 tears!

Spirituality Grade: A I give thanks to the Lord for all my blessings, which are many.  I pray for my family and friends always.

When did you find your true path?:  After 60.  I was more intelligent by then.

You can view the full summary of results at MORE magazine's site by clicking here: "Rate Your Life" Survey Results

You can subscribe to MORE magazine and be inspired by their mission of "For Women of Style & Substance" by clicking here:  MORE subscription