Can Smart Women Be Stylish?

This was the question posed in the March issue of ELLE magazine for it's Style Essay written by Nigerian author Chimamanda Ngozi Adichie.  The author recounts her childhood of watching her mother dress for Mass and what her dressing routine and wardrobe was like as a university administrator. 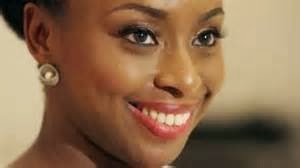 Her mother always wore color: skirt suits, feminine swingy dresses belted at the waist, medium-high heels. She was stylish, but she was not unusual.  Other middle-class Igbo women also invested in gold jewelry, in good shoes, in appearance.  They searched for the best tailors to make the clothes for them and their children. They spoke of grooming almost in moral terms.  The rare woman who did not appear welld ressed and well lotioned was frowned upon, as though appearance were a character failing.

When I left home to attend university in America, the insistent casualness of dress alarmed me.  I was used to a casualness with care--T-shirts ironed crisp, jeans altered for the best fit--but it seemed that these students had rolled our of bed in their pajamas and come straight to class.

Once, an American friend told me, "You're overdressed." But I was not uncomfortable.  I felt like myself.

(When I became a writer) life changed that.  Once, at a workshop, I sat with other unpublished writers...watching the faculty.  A fellow aspiring writer said of one of the faculty members, "Look at that dress and makeup!  You can't take her seriously."  I thought the woman looked attractive, and I admired the grace with which she walked in her heels.

I had learned a lesson about Western culture:  Women who wanted to be taken seriously were supposed to substantiate their seriousness with a studied indifference to appearance. 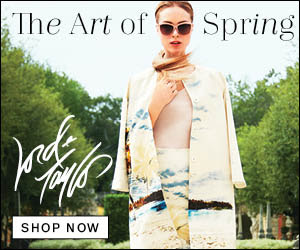 I am now a 36 year old author and during my most recent book tour, I wore, for the first time, clothes that made me happy.  My favorite outfit was a pair ankara-print shorts, a damask top and yellow high-heel shoes.  Perhaps it is the confidence that comes with being older.  Perhaps it is the good fortune of being published and read seriously, but I no longer pretend not to care about clothes.  Because I do care.

The way society compartmentalizes people, there has been a long standing stereotype that to be serious about your career as a woman requires you to dress like a man and appear "serious".  Thankfully, times have changed and stylish women are enveloped regardless of their position or career focus.

Be Smart. Be Stylish. And most importantly, be YOU!

See Adichie's Americanah, voted by The New York Times as one of the 10 Best books of the Year.