The Freedom of “Not My Problem” 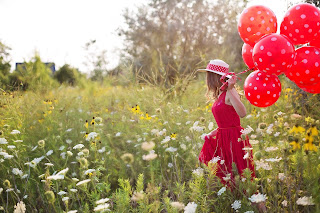 Last year, while the world went through an unprecedented virus that killed so many globally, we were also dealing with waves of racism, sexism and overall uncertainty with the economy and jobs.

Like most people I know, I felt the brunt of the weight of every issue directly effecting me. And like normal, I wanted to reach out to help as many as possible.

But it became too much.

So as I sat back to assess my own place and health, I realized that I have a historical problem of assuming other people’s problems.

We hear all the time the saying “put on your oxygen mask first” but it was so normalized to me to carry other people's burdens and neglect myself that it took a pandemic for me to say to myself STOP.

So I came up with a saying “Not my problem”. Stephen Covey has referred to intentions like this as the 8th Habit.

#1 Your freedom to choose is the biggest gift you were born with. And in choosing, you have to build in space between the triggering event and the choice you make. It implies that your end choice ends up not based on dysfunction or an emotional reaction, but is based on a free choice to do what's best based on experience, variables, understanding, etc.

You see, anytime you have a dysfunction that is not helping you thrive, you have to build in space that reframes your old habit.

Just asking myself constantly in all situations: “Is this my problem?” has resulted in an immense sense of self empowerment. Can’t really explain it further because it’s been so life shifting that to articulate it in words is difficult.

And please don’t let your take-away be that we all need to be selfish in our life. That is NOT what I’m saying.

Of course, helping/supporting is great. But keep it in perspective and balance. Because guess what, when I’m carrying too much, I am not fully showing up with my gifting for the creative work I do. Being overburdened and creative do not coincide.

Let me give you an example of how this came up for me again this morning: I saw a ticketing agent ticketing six cars at once while I waited for the train. I knew everyone in the adjoining restaurant was going to have a bad day when they all finished eating. My habitual response was to go inside the restaurant and let the patrons know they are all being ticketed. Buuut, I asked myself, “Is this my problem?” I replied “No”. So I didn’t do it. And guess what, the train was running early and if I had gone inside the restaurant, I would have missed my train and also missed my first meeting.

And guess who would have had a bad day that day? All from me assuming a problem that had nothing to do with me. I was already nervous about my meeting and so missing it would have added a problem that I didn’t even need to have.

Let me give you another example...last Fall, as the world was aching to come out of the pandemic, I went to an outdoor restaurant for the first time in months. Seated near me was a Dad and his two children that included a teenage son that was treating the waitstaff like they were not worthy of respect (saying it nicely). It was an awful sight to see.

The Dad caught me glancing their way a couple times. The Dad then loudly inquires of me "This generation is crazy right?!? Can you come tell my son how he should be acting in public to wait staff?" I flat out said "No. That's your problem, not mine." The Dad seemed absolutely shocked in regards to my response.

To me, there is no way I was going to let a man who didn't discipline his own kids get in the way of me enjoying a beautiful Sunday during my first restaurant outing in months. That was my time. I needed it. And I wasn't going to spend it disciplining someone else's kid. No thanks.

In summary, you are put on this Earth to make impact with your gifting. Don’t be distracted and overburdened with other people’s problems and get side tracked.

The world needs you fully. Truly.

And everyone's problems is not yours to bear. Decipher. Because it's not (all) your problem.

Posted by Curva-Lish at 1:38 PM
Email ThisBlogThis!Share to TwitterShare to FacebookShare to Pinterest