Steve Harvey, Miss Universe and a Man's Test of Character

I woke up the morning after the Miss Universe pageant with several notes, messages and tagged Facebook posts.

It took me several minutes to get oriented as to what was going on...I had no idea what had occurred the night before.

The main reason for the messages was relating to the fact that people know that I consider Steve Harvey a living, breathing hero. 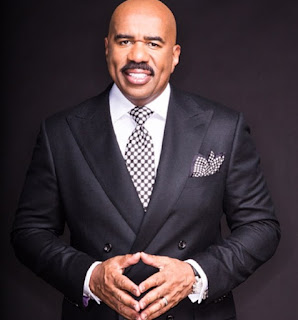 This man right here (@iamsteveharveytv) is one of my biggest inspirations of all time. I have known of him when he was a comedian on the chitlin' circuit over 15 years ago. Seeing his success and hustle at this stage of the game is incredibly inspiring. He just announced that he is the new host of the Miss Universe pageant...keep going Steve Harvey. All the people like me who started at the bottom like you and who see your vast achievements...we SEE you!

So people were aware of my adoration of Steve Harvey.

After reading all the messages and tagged posts, I felt particularly inclined to make this Facebook post in response to the Miss Universe fallout. It created a lot of dialogue amongst my friends around the world:

My Two Cents on Steve Harvey Miss Universe Mixup: a few people have touched base with me regarding this incident since they know Steve Harvey is one of my heroes. This mixup changes nothing. What I know to be true is that if you EVER want to do anything great or anything that has the capacity to touch many lives, you have to also accept the fact that you could fail or make mistakes. It appears that the people who have the most adverse comments are the ones who have never been stretched outside their comfort zones nor done something that put them in a situation where there was intense pressure. I have...many times. It's tough. I understand and #IStandWithSteveHarvey


I was actually way more interested in seeing all the things Steve would do post-scandal than recanting the actual mistake he made because as I said above....the greatest way to truly see a person's character is not in times of smooth sailing but in times of adversity.

The last time I checked, there were over five million tweets regarding Miss Universe... The most in its entire history.

As a long time fan of Steve Harvey, there is one thing that none of them have mentioned. When you have started from nothing and had to struggle building your success through much experience, a one-time mistake (even on an international scale) can ever break you.

The struggles create something so solid that no wave of rough seas can sink it.

Mark my words...we are about to see an even greater level of the man we know as Steve Harvey.

Get Your Business 800 Number with a great new service!
Posted by Curva-Lish at 12:57 PM
Email ThisBlogThis!Share to TwitterShare to FacebookShare to Pinterest