Choice: The Power of One Word

The other day I was on Facebook and was reminded of the impact that one person can have on another individual.

I am Facebook friends with an old mentor from Seattle. He hardly posts but every now and then I'll see a comment from him on a post I've made.

I think so highly of him because in my twenties, while working for an insurance company, this man was the Vice President (VP) of our 30-plus person department.

He was extremely smart and came to our company during massive down sizing and other tough activities in a situation that challenged the leadership to save the company from bankruptcy.

This man was also my biggest advocate. His support of my career knew no end...at least that's how I felt.

Let me give you an example...the new CFO was putting together a cross-functional communication team that would be the voice of the 5,000 employees across the US. Our department was allowed one representative.

After the announcement asking for a volunteer, I returned to my cubicle to do my normal work. Very quietly this VP came to my cubicle and asked, "Why didn't you volunteer to be our department's representative?"

I replied, "I didn't think I was the most qualified for such a visible role. I'm the youngest and least experienced in our entire department."

His reply, "So what. You are the best communicator in our entire department and will be able to help bring our Finance & Operations units together. I can tell you that but you must believe it...it's your choice." 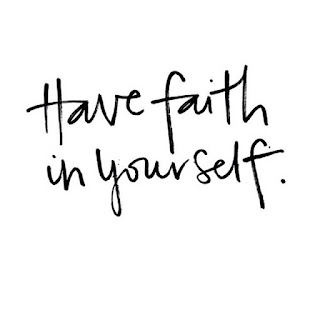 Ahhhh, that word CHOICE. It hit me in my stomach like a brick.

My childhood background included growing up on welfare (public assistance), being extremely poor and not having a choice...the power of this VP saying I had a CHOICE caused a life shift to occur at that very moment.

After he said that, he walked away saying "You have one day to think about it."

So there I sat in my cubicle, a 24 year old scared to death professional not about the opportunity but about the thought that I could disappoint a man I so respected.

I volunteered for that project representing my department. Our results were a huge success to the leadership team.

But for me, this experience was bigger than that...someone cared enough to believe in me when I wasn't believing in myself in an area where I clearly had a strength.

And more importantly, he allowed me to make a CHOICE!

I'm writing this post to be a reminder to you...no matter what situation you are in, you ALWAYS have a choice.

You have a choice in your attitude.

You have a choice in designing your future.

You have a choice in choosing positivity in the most difficult circumstances.

You have a choice in your reactions to things outside your control.

You have a choice to say No.

You have a choice to say Yes.

You have a choice in who you allow to influence you.

You have a choice to lift yourself out of uncomfortable circumstances.

You have a choice to shine bright using your gifting.

You have a choice to not shrink from an opportunity that will stretch you.

You have a choice to ignore the haters, doubters, and the judgmental.

You have a choice to do YOUR best (not compared to anyone else, YOUR best).

You have a CHOICE!

P.S. My former mentor continued to take me under his wing and kindly suggest me taking on difficult leadership roles, difficult projects, supporting my resignation and transition back to Texas, etc. We don't speak really anymore but honestly, we don't have to...his impact on my life was a seed that still produces fruit. And for that, I'm extremely thankful.

P.S.S. You also have a choice in whose life you will impact. How will you use your influence, resources and time to impact someone who can't pay you back? You have a choice....
Posted by Curva-Lish at 10:05 AM
Email ThisBlogThis!Share to TwitterShare to FacebookShare to Pinterest